The Pittsburgh Chapter will be putting together 2,400 kits (two pallets) for this upcoming Days for Girls USA project! We will be a collection point for other teams/chapters to send components to be assembled into kits.

How Can You Get Involved?

Donate to The Pittsburgh Chapter or purchase needed materials from amazon wish list or a JoAnn Fabric Gift Card, and arrange for a safe drop off to one of our team members or to our host church.  Wish list items can be shipped directly to Third Presbyterian Church. We will use the donated items for this project and any surplus items donated will be allocated to the next project. Like our Facebook page  and follow us on Instagram @dfg_pgh to get the up-dates on how we’re doing and what items are most needed. At this early date we are in need of shipping boxes and packing tape (both can be found on our wishlist). If you are a DfG team/chapter please email Pittsburgh@daysforgirls.org to find out what components are most needed. At this time, drawstring bags are our most needed component. We will also need carry pouches soon too.

Or Donate HERE to give to Days for Girls International for this project.

While the vast majority of our donations are tangible and able to be placed right in girls’ hands, there are other costs that move those donations to the right place.  They benefit the girls and support DfG’s mission. For this project, these donations will support the operations costs of getting Kits to Jordan. They will be used for underwear, pallets, boxes, educational materials (Arabic flipcharts and AWH banners) and international shipping costs.

Below is the announcement from DfG USA :

Jordan is home to approximately 2.3 million Palestinian refugees who arrived as a result of both the 1947-49 Palestine war and the Six Day War in 1967. There are also over 670,500 Syrian refugees. It has received the second highest number of refugees in proportion to its population in the world, behind Lebanon.In partnership with Lieutenant Colonel Asma Abuobed of the Jordanian Army who is the director of the National Women’s Health Care Center, DfG Chapters, Teams, and Clubs have the opportunity to step up to meet the on-going need of 16,000 Jordanians, as well as refugee and other marginalized populations.

In partnership with the National Women’s Health Care Center in Jordan DfG USA Chapters and Teams have the opportunity to step up to meet the menstrual needs of Jordanians, refugees, and other marginalized populations!

We are pleased to announce the Jordan Humanitarian Response Project!

Jordan covers an area of 34,495 square miles and houses a population of 10 million people (majority Jordanian and Palestinian). The majority of the population is Muslim (95%). Jordan is home to approximately 2.3 million Palestinian refugees who arrived as a result of both the 1947-49 Palestine war and the Six Day War in 1967. There are also over 670,500 Syrian refugees. It has received the second highest number of refugees in proportion to its population in the world, behind Lebanon.

Since the mid 1990’s, Jordan has faced recession, debt, and unemployment that has been exacerbated by large numbers of refugees. As a result, a number of social groups, including Jordanians, refugees, and other marginalized populations are in need of support accessing menstrual care solutions and menstrual health education.

There is an ongoing need for DfG Kits for Jordanians, refugees, and other marginalized populations.

Working in Jordan with an NGO, Susan Zwahalen witnessed first hand the menstrual health challenges faced by women and girls in Jordan. Sharing our values and drive for menstrual equity, Susan connected with DfG in 2019 and became a DfG volunteer.

In 2019, we sent 1403 Kits to Susan who, as a Nurse Practitioner, began to conduct distributions along with AWH education. They were very well received and soon she began to get calls from many NGOs and groups requesting DfG Kits and education!

In 2020-2021, DfGI, alongside Susan, completed a pilot program in partnership with the National Women’s Health Care Center (NWHCC, led by NWHCC Director  Lieutenant Colonel Asma Abuobed of the Jordanian Army), First, a Training of Trainers was conducted for the doctors, nurses and health support staff at the NWHCC. Then through their outreach clinics, the NWHCC staff distributed the remaining Kits from 2019 and an additional 3519 Kits contributed by USA Chapters and Teams along with AWH in Arabic. They also conducted post-distribution follow up interviews. 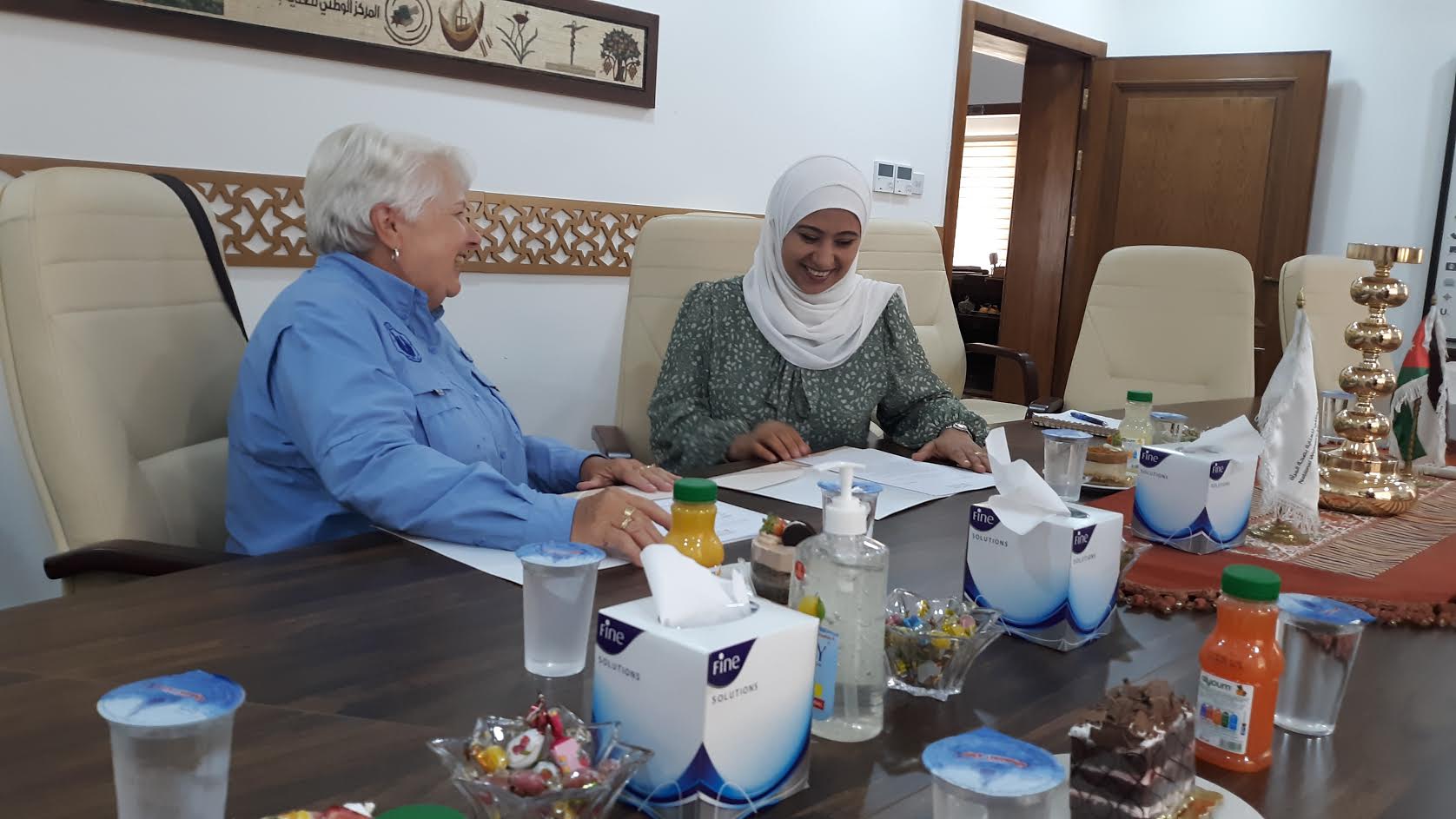 The pilot was a great success and NWHCC requested to formalize an expansion of the project through a new formalized agreement to continue providing Kits throughout NWHCC outreach clinics to Jordanians, refugees, and other marginalized populations who need them. 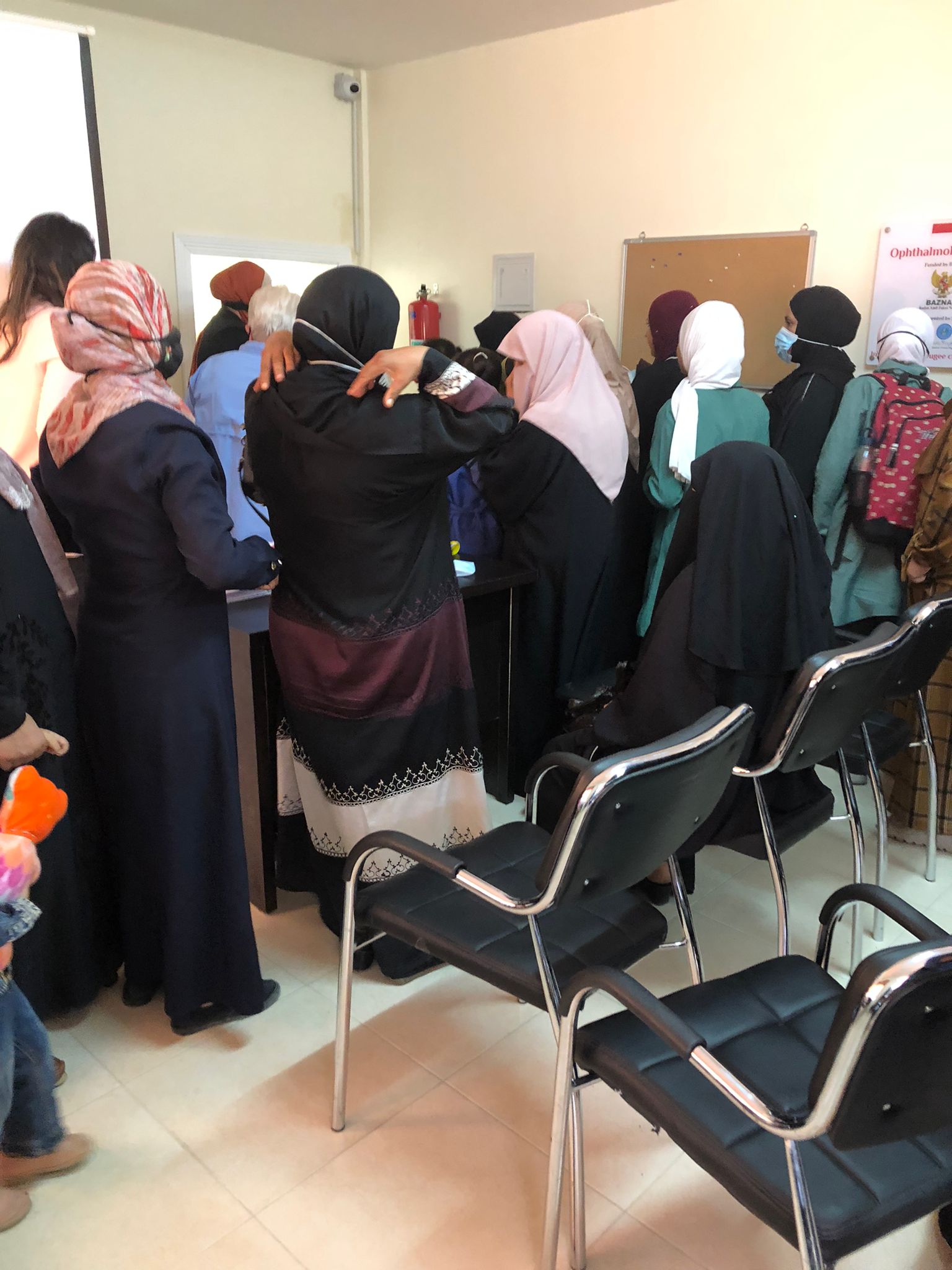 This is an incredible locally led partnership and we are excited for USA Chapters, Teams, and Clubs to meet this need.

This site uses Akismet to reduce spam. Learn how your comment data is processed.